The game, which Wycombe won 2-0, was briefly stopped in the second half as referee Anthony Blackhouse spoke to both managers following a conversation he had had with Wycombe goalkeeper David Stockdale.

A stadium announcement then reminded fans to not use homophobic language at the ground, with those doing so being reprimanded.

Sky Sports News has contacted the local police and both clubs for comment.

When questioned about what the referee said, Oxford boss Robinson said: “He said there was a homophobic shout from the crowd.

“Someone said to me it was one person. I’ve known the goalkeeper for a long time – he’s a good person and he wouldn’t tell a lie.

“It’s not acceptable. I’ve always been called one or two things throughout the course of my career but it’s not acceptable the abuse that people get. There’s words that people say that aren’t acceptable but there’s physical acts that are even worse and these also have to be stamped out. Some of the stuff going on today was disgusting.

“[There needs to be] education on the homophobic chant that’s come out. I think we all know that the industry’s working incredibly hard to stamp out any form of discrimination. But this one narrow-minded fool can’t tarnish the reputation of this great game.

“We only ever speak about this moment of stupidity, rather than a collective group of fans who sang their hearts out for their teams.” 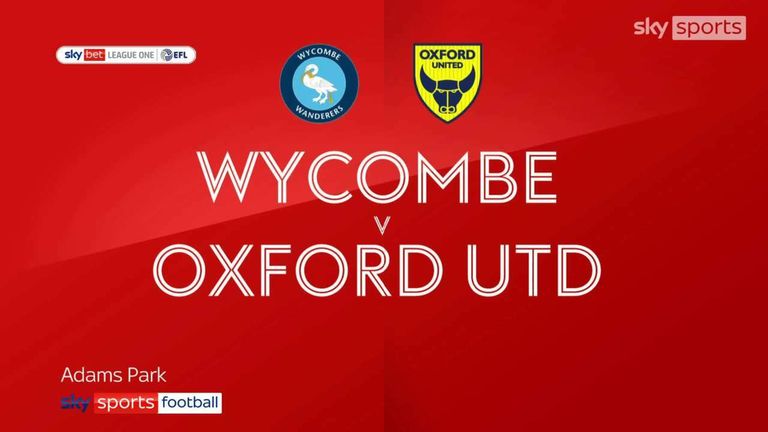 Asked about the homophobic abuse, Ainsworth said after the match: “I didn’t hear anything myself but obviously the people closest to the fans heard it.

“All I’ll say on that is I’m proud to be in an era now where players are comfortable reporting it and referees are very comfortable dealing with it.

“We’ll see what happens but there’s no room for that in football and hopefully we can eradicate that.

“We regard our values highly and our values are that this is a community and family club.

“Passions run high in a game, especially when it’s against Oxford, but there’s no room for stupidity or any kind of abuse in the game.”

Writing on his Instagram page after the match, Stockdale said: “Great win today. Everyone put the massive effort in.
3/4 clean sheets makes me 😁

“Also, I’m against any form of discrimination, racism, antisemitic behaviour or talk. There’s no room for it in this game or any other. And I certainly won’t stand by and let it happen.”

Stockdale’s team-mate David Wheeler, who came on as a 74th-minute substitute, tweeted after the match and praised the goalkeeper for “standing up against homophobia”.

Sky Sports is committed to making skysports.com and our channels on social media platforms a place for comment and debate that is free of abuse, hate and profanity.