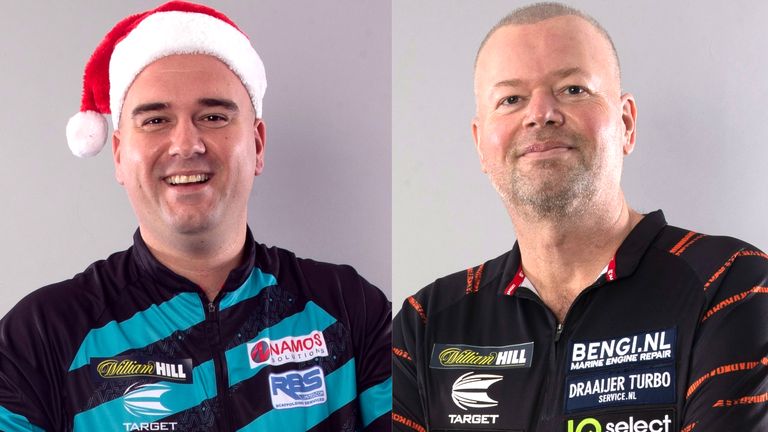 For the second time at this year’s World Darts Championship, two former world champions will collide for a place in the third round at Alexandra Palace, when 2018 winner Rob Cross plays five-time world champion Raymond van Barneveld.

Earlier in the tournament, two-time world champions Gary Anderson and Adrian Lewis locked horns in a repeat of the 2011 and 2016 finals, and we’re poised for another titanic tussle in the penultimate game before the Christmas break.

Cross makes the annual pilgrimage to the capital in arguably his best form since lifting the coveted Sid Waddell Trophy on debut, having enjoyed a resurgence since scooping his second European Championship crown in October.

However, Van Barneveld will have been buoyed by his impressive display in his opener on Monday, where he averaged 96.7 to dispatch Lourence Ilagan in straight sets.

The Dutchman infamously bowed out from the sport following defeat to Darin Young on this stage two years ago, but he banished any lingering demons with his first win at the World Championship since December 2017.

The 54-year-old insists he feels ‘reborn’ having regained his place on the professional circuit back in February, and he appears in relaxed mood ahead of his clash with ‘Voltage’.

“I was practising and you could hear: ‘Barney Army, Barney Army’. I got goosebumps all over the place. It is fantastic,” he told Sky Sports.

“I really don’t know why the crowd love me so much. Maybe I am always myself. I am just Ray. 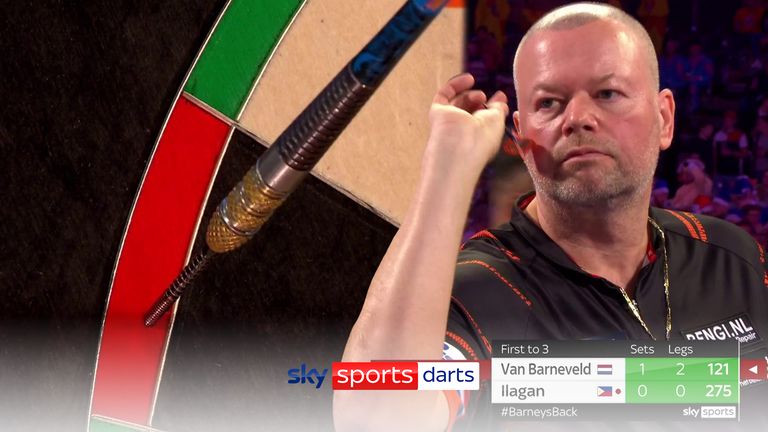 “If Rob beats me, OK I try next year, but trust me, with this set-up, I’m going to do well. If it’s this week or next year, I tell you this now – this is going to work.”

Van Barneveld was given an emotional welcome on his World Championship return, and he revealed he was humbled by the support he received from his army of supporters.

Four months ago, the prospect of facing Cross in round two may not have appeared particularly ominous, but the 31-year-old has been a different proposition since claiming his fourth major televised crown in Salzburg.

Speaking to the Darts Show podcast last month, Cross was bullish about his form, insisting he felt he could challenge for the world No 1 spot over the next 12 months.

“I feel in myself that there’s so much more there, and that is what I want to get out, instead of trying to play my B-game to win these titles. I want to start playing my A-game,” said Cross.

“Now is the time to push on and get my ranking back up to where I want it. Maybe next year if I can have a great end to this year, I can start pushing for world No 1.”

Cross and Van Barneveld are two of just 10 players to have claimed PDC World Championship glory, but both men have endured their fair share of Ally Pally heartache over recent years.

‘Voltage’ has suffered consecutive opening-round defeats to Kim Huybrechts and Dirk van Duijvenbode, while Barney succumbed at the first hurdle to Darius Labanauskas and Darin Young in his most recent appearances.

Nevertheless, the two tungsten titans are playing their best darts for some considerable record, and as they battle it out for the right to play two-time major winner Daryl Gurney in round three, we could be in for a Christmas cracker!

Cross boasts an impressive head-to-head record over the doyen of Dutch darts, having won seven of their 10 meetings.

Van Barneveld failed to beat Cross in any of their eight matches prior to emerging from retirement, although the Dutchman has won both of their encounters on the Pro Tour in 2021.

The first of those victories inspired Barney to victory in Players Championship 3 in February, yet Cross has won three and drawn one of their televised clashes – their last coming in March 2019.

Wayne Mardle: “Raymond has won on tour, he played great at the Grand Slam and Players Championship in my opinion.

“Rob Cross is going to have to work hard, because he’s not going to be given the game by Raymond. It’s going to be a fascinating encounter.

“I would like to see Raymond go on a deep run here because I’m the old romantic, but Rob Cross has been playing some good darts of late, and his bad games are still good games.

“Raymond has it all to do. There is something in Raymond that I’m just really liking at the moment, but I can’t go for him though. I think Rob Cross wins.” 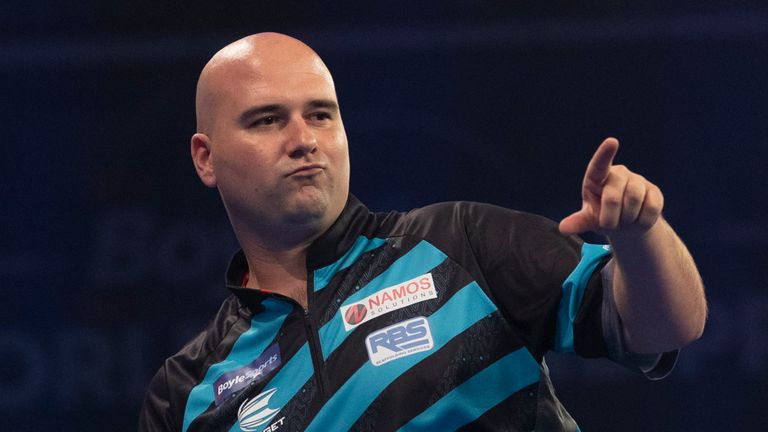 I’ve been touting Rob. I think he’ll be OK. I think Raymond will have some fight, but I just think Cross has done more, and more lately.

John Part: “Raymond is certainly capable and there are no guarantees on Rob Cross’ performance. He’s been looking stronger and stronger lately, though.

“I think Cross is the more consistent player. Raymond got better as the match progressed [against Ilagan], and I think he did enough that he feels positive.

“He’s got every chance if things spark right in the first set. Normally we talk about the ends of sets and the ends of matches, but I think the beginning might be important.

“I’ve been touting Rob. I think he’ll be OK. I think Raymond will have some fight, but I just think Cross has done more, and more lately.”

Join us for the World Darts Championship at Alexandra Palace on Sky Sports Darts across 16 days of action. Check out daily Darts news on skysports.com/darts, our app for mobile devices and our Twitter account @skysportsdarts