Nicky Henderson expects Constitution Hill and Jonbon to meet in the Supreme Novices’ Hurdle at Cheltenham and is resisting any urges to supplement either of his two stars in the Champion Hurdle field.

In one of the most exciting performances of the season, Constitution Hill proved a commanding winner of the Grade One Tolworth Hurdle at Sandown on Saturday, shortening to 2/1 favourite for the Supreme – the opening race of the Festival in March.

The victory saw the Michael Buckley-owned five-year-old replace stablemate Jonbon – an equally impressive winner of the Kennel Gate at Ascot last month – at the top of the betting, with JP McManus’ horse available at 9/4 (Sky Bet).

With the pair representing separate owners, Henderson expects a mouth-watering clash at Cheltenham, with no talk of splitting their chances between the Supreme and the Ballymore over two-and-a-half furlongs.

Speaking on the Racing Debate, Henderson told Sky Sports Racing: “Luckily, I’m the one person that doesn’t have to split them. I think they have to take each other on.

“Jonbon is a very good horse. Don’t underestimate him.

“You’d be lucky to have one, but to have two like this at one time. We’ve just got to concentrate on making sure they get there.

“I don’t think either necessarily wants to move up half a mile, although I’m sure they’d both get it.”

Henderson revealed Constitution Hill is likely to take in a racecourse gallop before featuring at Cheltenham, while Jonbon has warm-up options at Haydock or Sandown.

“We’re thinking about the Rossington Main at Haydock or maybe even the Contenders Hurdle at Sandown as a possibility for Jonbon.” Henderson said.

“I would like to give him another run. He’s improving with racing and getting more relaxed about the whole episode: The travelling and the preliminaries.

“With Constitution Hill, I don’t see necessarily what he is going to gain from doing it again. 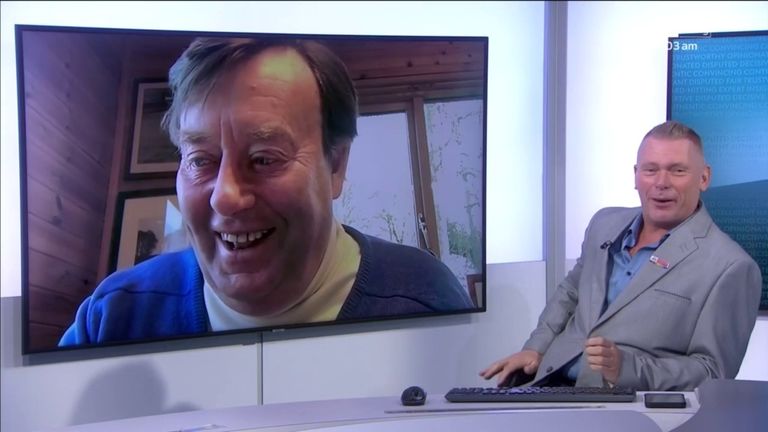 “Wherever you go I feel he’ll only find a three or four-horse race. Learning to race in behind a big field would be constructive but I don’t think you’re going to find one before we get to March.

“He more than likely will have a racecourse gallop somewhere and we might even think about going left-handed.”

The manner of Constitution Hill’s Sandown success has some believing he could be worth a shot at the Champion Hurdle, for which he would need to be supplemented by Buckley.

Henderson, though, is staying loyal to his 2020 Champion Hurdle winner Epatante, who landed the Grade One Christmas Hurdle at Kempton on Boxing Day.

Asked whether he would consider running Constitution Hill against Epatante, Henderson said: “There’s nothing to lose, except for a few pounds of Michael’s [Buckley, Constitution Hill’s owner] gains from yesterday. If you put him in, why not put Jonbon in?

“[Epatante] is in very good form and was very good at Kempton. She’s back on her A-game and she’s won a Champion Hurdle.”