Team news, stats and how to follow the Boxing Day matches in the Scottish Premiership, including Celtic’s trip to St Johnstone.

St Johnstone could potentially have Chris Kane back for the visit of Celtic following a household-contact self-isolation period.

Saints have experienced a number of similar problems with Eetu Vertainen, Zander Clark and Shaun Rooney missing in the midweek defeat by Ross County. Cammy MacPherson (groin) is sidelined until January, while David Wotherspoon (knee) is out for the season.

Celtic defender Carl Starfelt returns to their squad following a one-game ban. Ange Postecoglou will assess the rest of his group following the goalless draw against St Mirren on Wednesday night where a clutch of players were missing through injury.

Kyogo Furuhashi will be managed as he deals with a hamstring problem and David Turnbull, Jota, Albian Ajeti (all hamstring), Giorgos Giakoumakis (knee) and James Forrest (knock) are still out along with Karamoko Dembele (ankle) and Christopher Jullien (knee).

● Celtic have won each of their last eight league visits to St. Johnstone, conceding just one goal in their last six.

● This will be St. Johnstone’s first home league match played on Boxing Day since 2013, when they lost 0-1 to Celtic after a Virgil van Dijk goal.

● Celtic have won each of their last nine league matches on Boxing Day, a run stretching back to 2007. The last side to avoid defeat to Celtic on this date were Dundee United in 2006 (2-2 draw).

How to follow: Watch St Johnstone vs Celtic live on Sky Sports Football and Main Event from 12pm on Sunday; Kick-off 12.30pm; follow the action with our dedicated live match blog, including in-game clips, with free match highlights published on the Sky Sports website, app and YouTube channel later that evening

Skipper Scott Brown is a doubt after missing the midweek defeat by Hibernian through illness.

Calvin Ramsay made a half-time comeback from injury at Easter Road but Dylan McGeouch and Matty Kennedy were still out along with long-term absentees Mikey Devlin and Andy Considine.

McPake was coy over the situation surrounding Jason Cummings, who played for the youth team on Monday after being ruled out of the defeat by Hearts after being sent home from training 24 hours earlier following a night out. 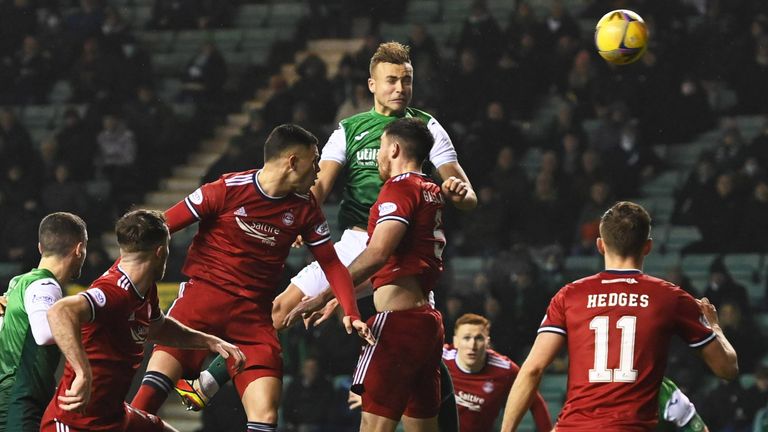 Highlights of Aberdeen’s 1-0 defeat at Hibernian in midweek

● Aberdeen have won each of their last six home games against Dundee in the Scottish Premiership, with this their first such meeting since a 5-1 victory in December 2018.

● Dundee won their last league match against Aberdeen 2-1 in October; they haven’t won consecutive league meetings with the Dons since August 1999 under Jocky Scott.

● This will be Aberdeen’s sixth consecutive Boxing Day league match played at home; they won on this date in both of the last two seasons, beating Livingston in 2019-20 and St. Johnstone in 2020-21.

● Dundee haven’t won a top-flight league match on Boxing Day since 2000 (P5 D1 L4 since), a 3-0 win over Motherwell under Ivano Bonetti, with Juan Sara (x2) and Gavin Rae on the scoresheet.

● Dundee’s Leigh Griffiths has scored in each of his last three Scottish Premiership appearances against Aberdeen, with two of these coming as a substitute at Pittodrie for Celtic last season.

Dundee United manager Tam Courts has fresh cases of Covid-19 to contend with for the home game against Hibernian.

However, Benjamin Siegrist, Peter Pawlett and Ian Harkes could return to the squad after missing last weekend’s defeat to Rangers while self-isolating.

Calum Butcher is suspended, while Dylan Levitt, Liam Smith, Marc McNulty, Max Biamou and Lewis Neilson are among those expected to remain sidelined by injury while Jeando Fuchs is suspended.

Hibs midfielder Jake Doyle-Hayes is a fitness doubt for the trip to Tannadice. The Irishman went off injured against Aberdeen on Wednesday.

Hibs are without Kyle Magennis, who remains troubled by a groin problem, while Melker Hallberg and Sean Mackie are still working their way back to fitness after lengthy lay-offs. 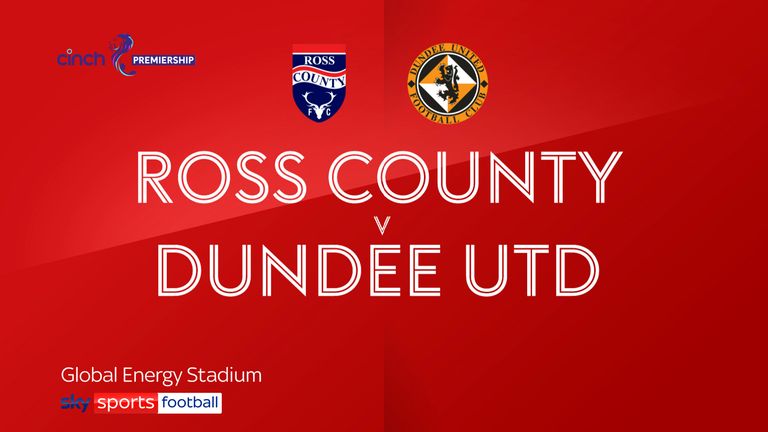 ● Dundee United are looking to win back-to-back top-flight league meetings with Hibernian for the first time since they won three in succession from December 2011 to August 2012 under Peter Houston.

● Hibernian won both of their Scottish Premiership visits to Dundee United last season; before this, Hibs had only won once in their last 14 top-flight visits to the Tangerines (D7 L6).

● Dundee United are winless in 11 top-flight league matches on Boxing Day (D4 L7), last winning such a fixture in 1996 when they beat Motherwell 2-0.

● This will be a fifth consecutive Scottish Premiership match on Boxing Day played away from home for Hibernian; they have lost just one of the previous four (W2 D1).

● Dundee United have lost each of their last four league matches; they haven’t endured a longer losing run in the top-flight since from April-May 2006 under Craig Brewster (six in a row).

Hearts defender Stephen Kingsley is set to miss the clash with Ross County due to the ankle injury he sustained against Dundee last weekend.

Josh Ginnelly is available after suspension, while Northern Irish pair Liam Boyce and Michael Smith have both trained and are expected to return to the squad.

Ross County could still be without Harry Paton.

The Canadian midfielder has missed the last two games with a calf knock.

Defender Alex Iacovitti is still out with a hamstring injury. 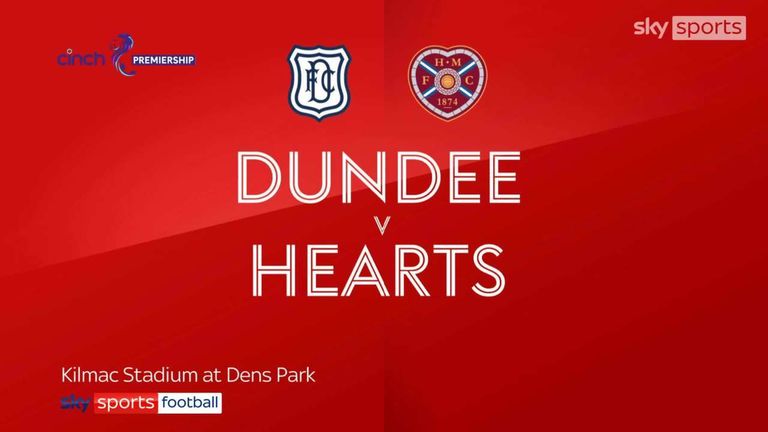 ● Eight of Hearts and Ross County’s last 10 Scottish Premiership meetings have been drawn, including each of the last five in a row.

● The side playing at home has won none of the last 11 Scottish Premiership matches between Hearts and Ross County (D8 L3), with Hearts being the last to win at home in this fixture, a 2-0 victory in October 2015 under Robbie Neilson.

● None of Hearts’ last 11 Boxing Day matches in the top-flight have been drawn (W5 L6) since a 1-1 stalemate with Hibernian in the 2000-01 season under Craig Levein.

● Ross County are playing away from home on Boxing Day in the Scottish top-flight for only a second time, and first since 2012-13 when they beat Hibernian 1-0 courtesy of a Richard Brittain goal.

● Hearts have alternated between a win and a loss in each of their last eight league matches (W4 L4), beating Dundee 1-0 last time out. They suffered their first home league defeat of the season in their last such match, a 0-2 loss to Rangers.

Motherwell will assess Juhani Ojala ahead of their cinch Premiership match against Livingston.

The defender has missed several games through injury but has made a return to training in recent days.

Ricki Lamie and Mark O’Hara remain on the sidelines.

Livingston boss David Martindale will have one player missing with Covid-19 issues for the trip to Fir Park.

The player is not positive but is a close contact of a family member who has tested positive.

Cristian Montano (hamstring) and Tom Parkes (knee) remain out although the former is back running, as is Keaghan Jacobs, while long-term absentees Adam Lewis and Daniel Barden remain sidelined. 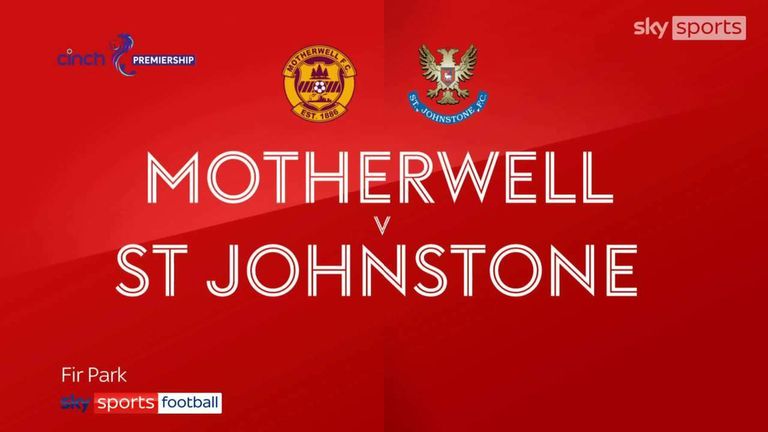 ● Motherwell have won each of their last three league matches against Livingston, their best top-flight winning streak over them since winning all four meetings in the 2005-06 campaign under Terry Butcher.

● Motherwell have lost three of their last four home games played on Boxing Day, beating Aberdeen 4-1 in the other in 2012.

● Including this match, six of Livingston’s seven top-flight Boxing Day fixtures have been away from home, including each of their last five. They won on this date last season, a 2-1 win at Kilmarnock.

● Motherwell have won each of their last three home league matches, keeping a clean sheet each time. They haven’t won four in a row at home in the Scottish Premiership since December 2019, while they haven’t kept four clean sheets in succession at home in the top-flight since September 1998.

Rangers will hope to have defender Borna Barisic back for the cinch Premiership encounter with St Mirren.

St Mirren boss Jim Goodwin hopes Jak Alnwick can return to their squad for the trip to Ibrox.

The Buddies’ number one goalkeeper was one of 11 Saints players unavailable for the goalless draw against Celtic in Paisley on Wednesday night due to Covid-19 issues but is awaiting PCR test results.

The Buddies were already without Eamonn Brophy (hamstring) and Conor McCarthy (ankle). 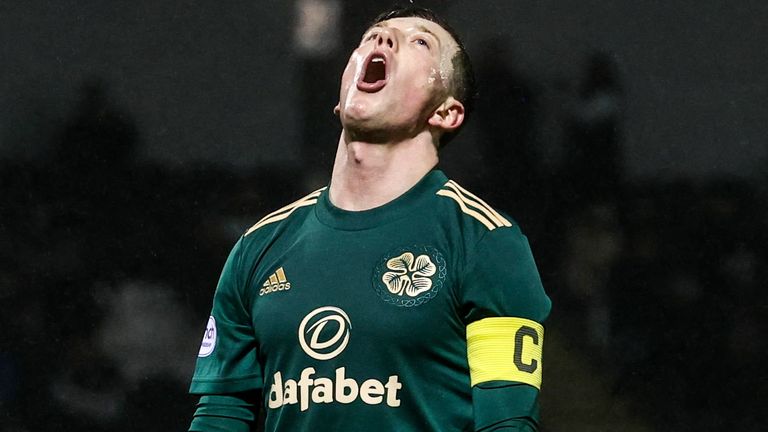 ● Rangers have won each of their last 10 top-flight league matches against St. Mirren, scoring 23 goals while conceding just two in this time.

● Defending Scottish champions have won each of their last eight Boxing Day league games, including a 4-1 Rangers win over Motherwell in 2010, although all eight of these have been played away from home.

● For a second time in the last three seasons, St. Mirren are facing the reigning league champions on Boxing Day, having lost 2-1 to Celtic in 2019-20.

● Rangers have won all six of their league matches under new manager Giovanni van Bronckhorst. The last manager to win each of his first seven games in the Scottish top-flight was Neil Lennon, who won each of his first 16 in charge of Celtic from March-October 2010 before losing to Rangers.