For many, Clive Sullivan MBE was – and still is – a rugby league icon.

A hero to fans of both Hull FC and Hull Kingston Rovers for his try-scoring exploits on the wing, a trailblazer as the first black athlete to captain a British national team, and the man who etched his name in the sport’s history by skippering Great Britain to glory in the 1972 Rugby League World Cup.

For Anthony Sullivan, however, he was simply “Dad”; the man who would do his normal day-job in the week at a time when even the top level of the 13-man code was still a part-time enterprise and then play rugby on weekends.

“When you grow up with it, it’s just normal,” Sullivan, these days based in China where his wife works, told Sky Sports.

“Our life was Dad would work most of the week, train two or three nights of the week and then we’d go to watch him play on Sunday. It was perfectly normal and that’s what I believe it was like for the other rugby families at the time.

“There wasn’t the kind of status of celebrity that we have these days. I think it was very, very different back then.”

Sullivan would go on to have an impressive rugby career of his own, winning three Super League titles and three Challenge Cups with St Helens, along with earning seven Great Britain caps and crossing codes to rugby union later on in his career to play for Cardiff and represent Wales.

Sadly, his father was unable to share in those successes, dying of cancer at the age of 42 in 1985, three years before Anthony made his professional debut for Clive’s former club Hull KR.

But he still left a lasting influence on his son, who utilised the valuable life lessons passed down to him to reach the top of both rugby codes during a 15-year playing career.

“It was probably terms of being more about attitude and work ethic and things like that, trying to be as good as it could be been determined to achieve as much as I could achieve,” Sullivan, also a three-time Super League Dream Team selection, said.

“It was less so the rugby, more about as an individual and trying to be the best I could be. 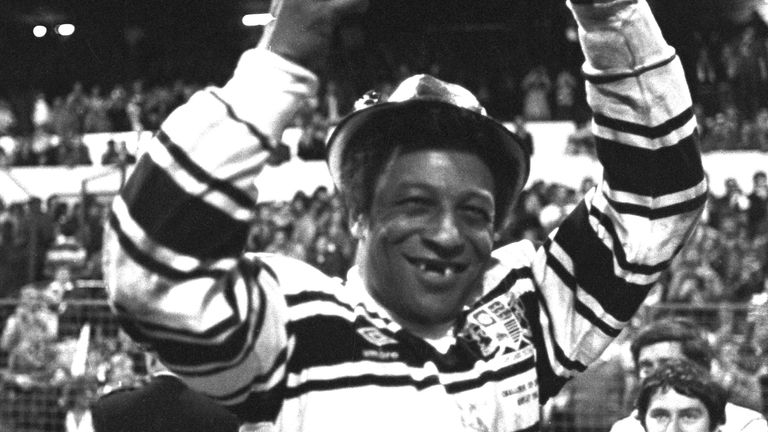 Our life was Dad would work most of the week, train two or three nights of the week and then we’d go to watch him play on Sunday. It was perfectly normal and that’s what I believe it was like for the other rugby families at the time.

Anthony Sullivan on growing up as Clive Sullivan’s son

“Playing for Great Britain was one of the goals that I had when I started out as a player because international recognition is a great achievement for any player.

“It’s why you play, I think; you want to play against the best players in the world.”

Sullivan would emulate his father in playing in the Rugby League World Cup as well, representing Wales – the country of Clive’s birth – in both the 1995 and 2000 tournaments but exiting in the semi-finals on both occasions.

The first of those when a star-studded team including several big-name rugby union converts lit up the tournament before going down 25-10 to England in the last four remains a particularly good memory for both the 53-year-old and many of his Welsh team-mates.

But the 2000 edition produced plenty of memorable moments too, not least of all when the side coached by another dual-code international in Clive Griffiths threatened an upset against the all-conquering Australians by leading at half-time in the semis before eventually succumbing 46-22.

“Playing in two World Cups, I was really fortunate,” Sullivan said. “Particularly in 1995 and the Wales side we had there, it was just an incredible few weeks that we had together and one of the rugby periods they all talk about. It’s one we all remember and have lots of good memories of.

“There was still some carry-over from ’95 [in 2000] in terms of team spirit, and Clive was really good at bringing the team together and getting the best out of them.

“Everybody who played at that time was really, really proud to play for Wales and again wanted to do the best that they could do. 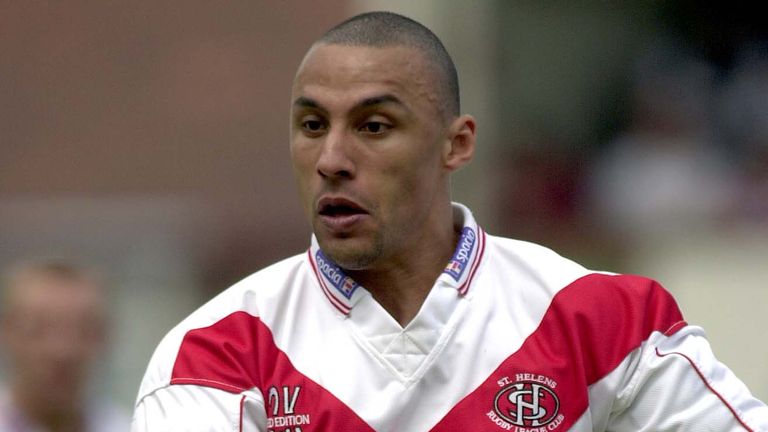 “Again we had some really memorable team performances and that Australia game was one of them – up to half-time, anyway!”

With the 2021 Rugby League World Cup being postponed until next year due to Covid-19 disruption, the tournament will now be held exactly 50 years since Sullivan senior and Great Britain brought the trophy back to these shores.

Since then, it has remained in the Southern Hemisphere in the hands of Australia and, in 2008, New Zealand, with Shaun Wane’s England team having the best chance of all the Home Nations of lifting the World Cup at Old Trafford on November 19.

The legacy of World Cup-winning captain Sullivan in particular will be recognised across the men’s, women’s and wheelchair tournaments with the ‘Sully Ball’ made by suppliers Steeden being used in all matches, a tribute which came to fruition in conjunction with the Sullivan family.

“I don’t think 50 years ago anyone would have really appreciated it would still be something that’s really not been surpassed in terms of our international rugby league since then.

“It’s quite a significant achievement and it’s incredible for them to be recognised this way.”