Philippe Coutinho has completed his Aston Villa medical and will be ready to play in Saturday’s Premier League match against Manchester United.

Coutinho is currently in France completing paperwork for his work permit and will join up with his new team-mates on Wednesday to take part in his first training session.

After recovering from Covid, Coutinho will need a few games to regain full match fitness but it is thought the former Liverpool midfielder will make himself available for the visit of United on Saturday, which is live on Sky Sports.

Villa boss Steven Gerrard said: “Philippe is currently in the process of finalising his immigration papers and we are looking forward to getting him on the training pitch with the group on Wednesday at Bodymoor.

“He is an outstanding footballer who boasts a highly impressive CV laced with plenty of elite honours.

“I am really pleased that we have been able to bring him on board and I am looking forward to working with him.

“He is a player I enjoyed playing with previously and I know the rest of the squad here at Aston Villa will benefit from his quality and experience. His presence will be invaluable given injuries and the AFCON tournament have reduced our attacking options.”

What are the details of Coutinho’s loan move? 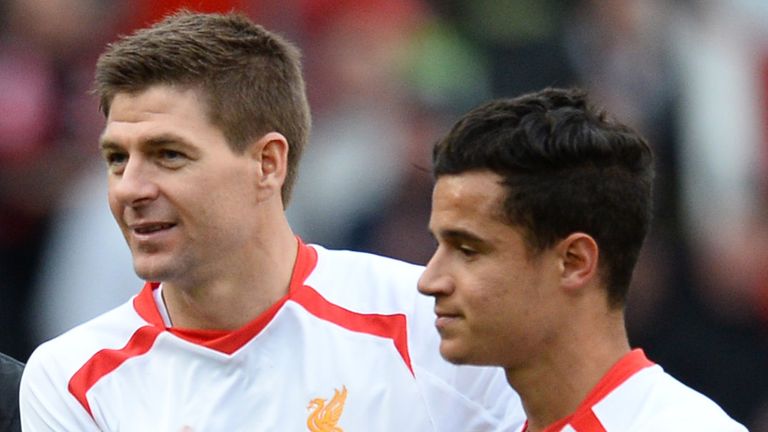 Villa are paying less than 50 per cent of Coutinho’s weekly wage, plus bonuses, Sky Sports News has been told, and he even agreed to a pay cut, with other clubs offering deals that would have seen him earn 100 per cent of his Barca wage.

The Brazil midfielder knows manager Steven Gerrard well having spent two-and-a-half years with him at Liverpool, and is said to already know a lot about Villa and their squad. 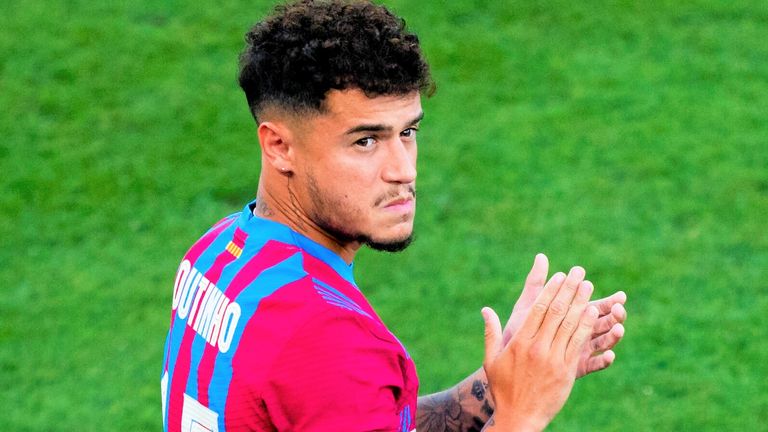 European football journalist Andy Brassell says Barcelona’s signing of Philippe Coutinho for £146m in January 2018, has been ‘the most disastrous’ in the club’s history

Coutinho wanted to return to England and play regular football and sees Villa as an ambitious club that are building something special for the future.

Coutinho was signed by Barcelona from Liverpool for a club-record £146m in January 2018, but he has struggled to hold down a first-team place at the Nou Camp and spent the 2019/20 season on loan at Bayern Munich.

The way I love coutinho 😂 that guy

Jack Grealish once commented Philippe Coutinho was one of his favourite players to watch on YouTube. “He always has that one, you know, where he goes left and drops like a little shimmy, which is what I like doing myself.” Now the journey has come full circle.

While Grealish perfected his art enough to earn a £100m move to Manchester City, Coutinho returns to the Premier League to replace him at Aston Villa. If the Brazilian can repeat the form that took him from Liverpool to Barcelona it will be an ideal signing.

There are similarities between the two players. Grealish praised Coutinho’s ability to “go past players like they aren’t there” and that is what Villa so loved about their former captain. They have missed having that player who can make things happen this season.

Is the Coutinho idolised by Grealish still there? At 29, there is time to recapture his best form under old team-mate Steven Gerrard, but his career has drifted at Barcelona. If, like Grealish, Coutinho is inspired by being the main man at Villa Park, there is fun to be had.