Tottenham beat the Canaries 3-0 last weekend and have since been hit by a coronavirus outbreak which resulted in Thursday night’s Europa Conference League clash with Rennes being called off and their Premier League trip to Brighton on Sunday being postponed.

Smith feels none of the current concerns within the Norwich squad are linked to the Spurs game, but nevertheless faces a nervous wait to get confirmation if any of his players will be ruled out of the United match because of a positive PCR test result.

“I can’t really let you in on any names, but there’s a couple of players whom we are worried about, so we have tested and we will wait for the PCR results back on them.

“(They are) just feeling a little bit unwell, not likely to be linked to the game last week with Tottenham. It is just in general, I think (like) with the whole nation, (we are) holding our breaths at the moment.”

Smith: Why I jumped straight back in at Norwich

It is early on Thursday morning when a cheery Dean Smith appears on Zoom three minutes earlier than scheduled. To break the ice, there is chat about tea and coffee habits, with the Norwich boss revealing his tea of choice – lemon and ginger, sometimes with honey in the winter.

Soon though, it is down to the serious business of football, which becomes ever more heightened when you are deep in a relegation battle, as the Canaries currently find themselves.

In an exclusive interview with Sky Sports’ Charlotte Marsh – an Earl Grey enthusiast – Smith revealed: “I think the fact I’ve been in the professional game for over 34 years, I can detach quite quickly.

“I understand that if you lose five games on the spin, then you’re under pressure. Did I expect to lose the job [at Villa]? Probably not at the time, but it happens so when I got the text, I was ready for it.

“We hadn’t seen our son in a little while, he’s in America and thankfully Mr Biden had just opened the borders, so as soon as that happened, it was ‘right, let’s get out to America to visit our son’. 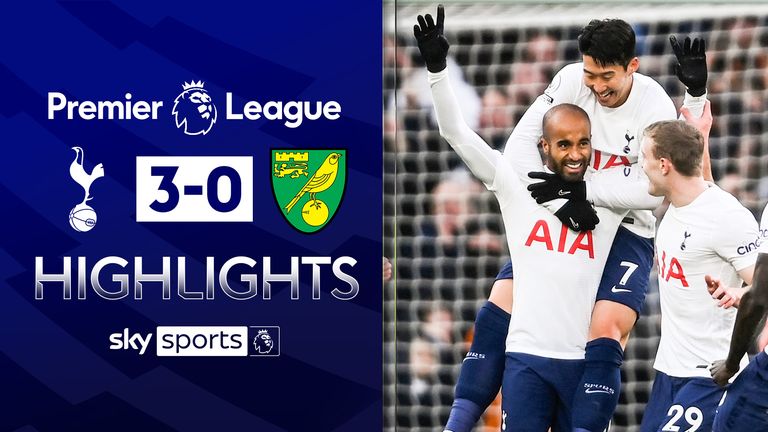 FREE TO WATCH: Highlights from Tottenham’s win against Norwich in the Premier League

“But Norwich came calling on the Tuesday before and asked if I would be interested. So I thought ‘yeah I’ll take the meeting, have a chat and see what they’ve got to say’. I quite liked what Stuart Webber and Neil Adams had to say.

“So we travelled over there and they phoned me while I was there, had a video call and I was really happy to accept. When we got back, it was a lot of shuffling around, packing and moving things, but, fortunately, I’ve got a very supportive family who have got used to that over the years.”