With a defensive record bettered only by Manchester City and Wolves this season, which has helped them into the Sky Bet League Two automatic promotion places, things are ticking along very nicely indeed for Tranmere.

But after a career that has spanned more than 30 years, manager Micky Mellon is too wise to presume such a position at this stage of the season means anything at all.

In fact, the league table is mostly an afterthought for the Scot – for the moment, at least.

“Because of the experience we have as a football club, we know that the important thing is not to focus on the league table – it is to focus on your own performance, your own results and what it takes to get those results,” he says. “We don’t really look around too much.

“As a player and a manager I’ve had eight promotions, so I really enjoy the challenge of trying to get promoted. Of course, we are aware of where we are at in the league, but we concentrate on us trying to get it right first.

“The gaps and the points between teams wouldn’t really affect us because we wouldn’t lose our focus on what’s important. If you take your eye off your own performance to try and get results then there’s not much point anyway. We will get the right stuff right first.”

It is this sensible approach that saw Mellon guide Rovers to back-to-back promotions from the National League to League One between 2017 and 2019, though the momentum was halted during the 2019/20 campaign, when the club suffered immediate relegation after the third-tier table was decided on a points-per-game basis.

“I had such a great time at Tranmere and it will certainly be somewhere I miss very much,” he told the club’s official website when he departed for Dundee United in June 2020, having been approached to lead the Terrors for their first season back in the Scottish Premiership.

His emotional farewell continued: “A fantastic club like Dundee United was going to be something that makes me think. It was going to take something really special to make me want to take it on.”

Yet, within 12 months, he was back at Prenton Park for his second spell at the helm and fourth overall – having made over 150 league appearances during two stints as a player.

“I really enjoyed my spell at Dundee United. We just sat down at the end of the season and it wasn’t something that either party wanted to go ahead with, which is important for people to know. I’d always planned on coming back to England because my family is down here and this is really where I see myself living.

“When the opportunity to come back to Tranmere came up, it was fantastic for me because I know the club really well, I get on great with the owner, have a great relationship with fans and I know the area. I really enjoyed the challenge coming back and building a complete playing staff again and I’m enjoying keeping trying to move forward.”

For more reasons than one, it was a mutually beneficial move.

Though Tranmere had reached the play-off semi-finals in 2020/21 and finished as runners-up in the Papa John’s Trophy, the season had not passed without incident. Mellon’s successor – and former assistant – Mike Jackson was sacked on Halloween after taking just nine points from his first 10 league games, while Keith Hill suffered the same fate nine days prior to the start of the play-off campaign, which was eventually overseen by Mellon’s current No 2 Ian Dawes.

A feeling of stability was required – and that is exactly what Mellon’s return has heralded. And his pride at his side’s gleaming defensive record is very clear.

“We’re heavily into using stats as a measurement of how we are performing and that is a stat we are very, very proud of. But we work very hard on the defensive side. We still believe there are improvements to be made, but the players that have come in and performed very well defensively have been great.

“At the start of the season, we look at the group of players we have and we try and find out the best way of doing winning football matches. With the group that we have, we believe that we have found a way of playing where we can try and keep the clean sheets, get a goal and try and do what is necessary consistently to try and keep us moving forward. That is what we are most pleased about.

Believe it or not, in football, a point, generally, tends to be worth a point. Every so often, however, there will be an anomaly – Tranmere are well and truly bucking the trend.

Once again, Mellon admits he is not surprised.

“I have been in the game for a long time and I know you only need one goal to win a game. Everybody would like to score more goals and keep clean sheets, but we know that we’ve found what is necessary for us to try and get results and recently we’ve done that very well.

“We’ll keep working hard at that and keep trying to improve on that. The challenge is on us now to try and score more goals, but if I won every game until the end of the season 1-0, you wouldn’t catch me complaining – trust me on that one!

“We want to try and score more goals going forward, but we’ve also got to continue with the defensive standards we have set in order to keep that going because everyone in the league will know that and they will want to try and turn that around on us.”

With the January transfer window in full flow, the Rovers boss has taken steps to improve his side’s output with the permanent signing of striker Kane Hemmings – a proven prolific scorer at both League One and League Two level – and a loan move for 20-year-old Rangers winger Josh McPake.

“We’re trying to bring different players to add to what we’ve got and give us a good chance of getting results,” he says of the club’s transfer strategy this month. 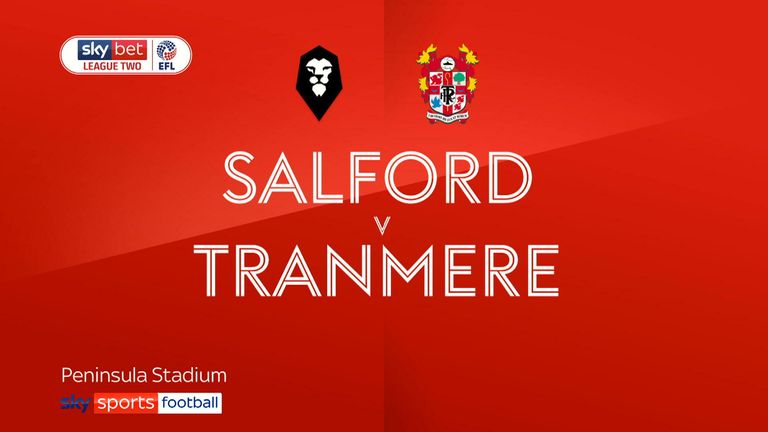 “We’ve been blessed at Tranmere recently to have been involved in a lot of promotion runs and we understand, because of the experience we have, that you need different types of players for different types of problems that you are going to come across during the run-in after Christmas.

“So for us to sign a player of that talent is really important because, to know that if there’s a problem that comes along or there’s a stage in a game where we need a certain type of player, we know that we have got a McPake to go and do that with the qualities that he has.”

And when discussing the loan move for the youngster, Mellon takes the chance to explain just how important solid relationships with top clubs in both England and Scotland are for the club.

“We have good relationships with clubs like Aston Villa and Liverpool and we work hard with Sunderland,” he says.

“We speak a lot and understand that, at the level we’re at and where we want to go, these clubs have good players who can make Tranmere teams better. The beneficial part of it is that we communicate with the necessary people at these football clubs to understand where it is that they believe players should improve and where they can fit in my first team.

“The people at places like Aston Villa or Celtic or Rangers know that we work very hard to make their players better. That’s the type of club that we are and so it helps us to build good teams because it would be difficult for us to attract the likes of Glatzel, who is a German U21 international.

“We would probably struggle to get players like that into a football club because teams like Liverpool would want them. We know that, if we go about it a different way, we can get them in, they can have an impact on what we are doing here at this stage in their career and it’s a win-win for Tranmere.”

For a split second, Mellon reminisces on his previous success at the club. “There’s no better feeling,” he says.

But in an instant, it is back to business mode. The sensible, mindful approach takes over.

“You have got to get the hard work in first,” he adds.

“I’m thinking about training tomorrow and making sure I get that right so my team is prepared for Saturday and Saturday will be about getting the players right for Saturday’s game the best way that we can and that’s how we move through the season.

“When it comes to the end of the season, we’ll get the rewards we deserve.”