Dillian Whyte has been urged to “come to the table” to “work out a real deal” to fight Tyson Fury by promoter Bob Arum.

Fury has been ordered to defend his WBC heavyweight championship against mandatory challenger Whyte by the governing body, which has ruled the champion must take 80 per cent of the total purse.

The deadline is on Tuesday, January 18 for the rivals to come to a private agreement, before ‘purse bids’ will be ordered – allowing any promoter to finance and stage the fight.

Top Rank’s Arum, who promotes Fury in the US, told Sky Sports about Whyte: “If he wants the fight and stops messing around, he can get a good payday and prove that he is of a world-class calibre by taking on Fury.

“We’d like to do that fight. It’s a good fight for the UK.

“Whyte should sit down with myself and [Fury’s UK promoter] Frank Warren and work out a deal for a guarantee, and we’ll get this show on the road. 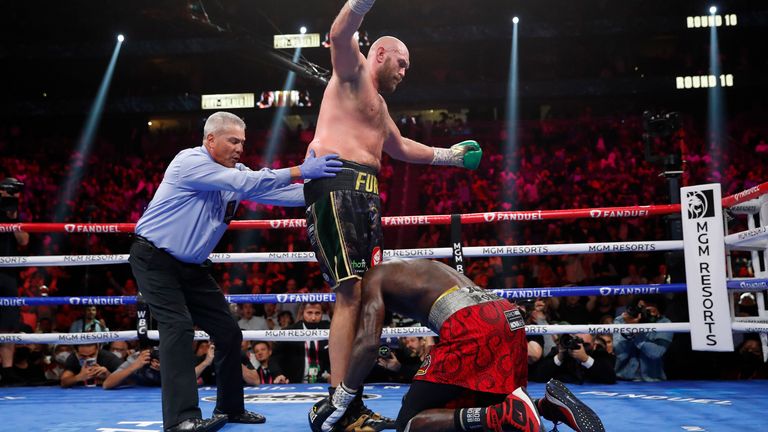 “Come to the table and let’s see if we can carve out a real deal.

The WBC had ordered negotiations for the mandatory bout between Fury and his British rival in December, despite an ongoing arbitration between Whyte and the WBC.

Usyk is set to defend the IBF, WBA and WBO belts against Joshua in a rematch before an undisputed title fight would become possible later this year.

Andy Ruiz Jr and Robert Helenius have previously been named by Arum as potential back-up options to fight Fury, if he can’t come to an agreement with Whyte.

“That is up to Tyson,” he said. “We have discussed other opponents.”

Fury’s goal is to return to the ring on March 26 in the UK but Arum said: “If the fight is a week later or two weeks later? It’s not the end of the world.”

Whyte is on the brink of his first-ever world title shot after his long campaign to receive a chance.

His status as interim champion was lost in a shock knockout to Alexander Povetkin but he roared back to emphatically avenge that result.

The undefeated Fury has concluded his trilogy with Deontay Wilder with two sensational victories and is targeting a return to UK soil after five consecutive fights in the US.