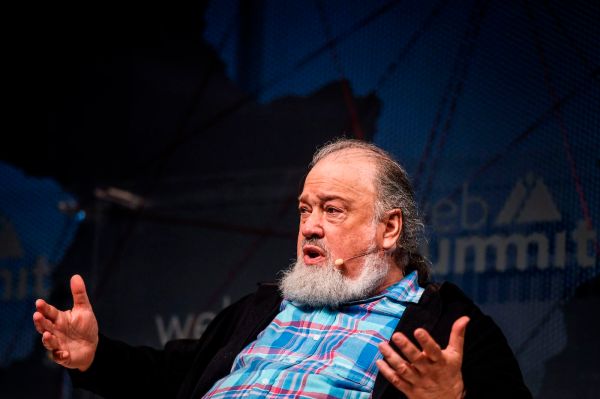 David Chaum is a giant in the realm of computer security and, not surprisingly, cryptocurrency. His focus since the early 1980s, his company DigiCash sent the first digital payment in 1994, and he has since doubled down on blockchain and security.

Chaum and his new company, xx.network, are future-proofing messaging by releasing the first “quantum-resistant” messaging app, a service that is purported to hold up to brute force attacks for decades to come. Called xxmessenger, the app launches today.

“As has become obvious over the last 10 years, the most valuable resource in the 21st century is metadata,” said Chaum in an interview. “It can be used to better sell products, or better find answers, but it can also be used to better propagandize, track dissidents, and control populations.”

Chaum’s ultimate goal is absolute security and privacy when it comes to everything from payments to voting systems, and, as he said, “the inability for service providers to gain an advantage over their users.” And he sees Web3 and blockchain as integral parts of that equation.

We spoke with Chaum about why web3 and blockchain are the future, and why we should be worried about the NSA reading our messages.

Most of what we want to do digitally (and financially) is possible today, but it exists within a structure that lets a select few manipulate it for themselves.

TechCrunch: I’m sure you have an opinion on the current tech climate. What’s your take on the idea that web3 is owned by the VCs? Is web3 a real thing?

David Chaum: In any iteration of the web, there will be powerful entities that come in and try to own the space. But VCs are not inherently bad — projects that help the greater good need to get funding from somewhere. The presence of VCs in the space simply indicates that there will be money to be made in DApps and in building the new, open-source, decentralized web.

It is telling the extent to which major players like Facebook have gone out of their way over years to knowingly push the false narrative that “strong end-to-end encryption” is the be-all and end-all of privacy, while at the same time flailing wildly to distract attention from the metadata capture they were engaged in, which is central to their monetization scheme. Also, you can start to see it now: They are starting to prepare for the fall of their secret metadata monopoly and trying to get into payments over messaging as a monetization scheme that they can switch to.

There will be difficulties to overcome in the mass move from a web owned by five main entities to one owned by absolutely no one, but we’re laying the stepping stones for that. Web3 is not complete, it’s just getting started.

You’ve been in the industry for decades. What has changed in the past few years?

Seems to me that Bitcoin and the like have created something that could no longer be ignored. Now the question is: How can it be brought to the general public in a way that they can readily adopt this next generation of information technology?

The major platforms have been caught selling their users out, and in the process, deeply damaging the world. Davos attendees listed “lack of social cohesion” as one of the top issues today, 27% of them, whereas it has never even been in the traditionally slow morphing top ten of past years.