Shishkin is expected to be better than ever if he takes his place in a Clarence House showdown with Energumene and jockey Nico de Boinville thinks Ascot should suit just fine.

The Nicky Henderson-trained eight-year-old is set to work with De Boinville this weekend before a decision is made on their appearance in next Saturday’s Grade One contest.

Shishkin, who is 11/10 favourite for the Champion Chase at the Cheltenham Festival ahead of Willie Mullins’ Energumene (5/2), won the Desert Orchid Chase at Kempton in impressive style last month, but De Boinville thinks there could be more to come.

Speaking to Sky Sports Racing, De Boinville said: “It was a fantastic feeling and it’s great to see him do that and finally produce what he was showing us on the gallops.

“I’ve been seeing him out on the gallops recently and he seems in really good order. We know what the team puts in at home.

“There was an awful lot in the lead-up to that race, whether he was going to run or not and eventually we came to the conclusion that we had to run.

Sky Sports Racing’s Matt Chapman believes Shishkin cannot be beaten, but Patrick Mullins is confident Energumene is ‘as good as anything’

“It was great to see him turn around his form at home and produce it on the track.

“I think he’ll come on for that race. He’s not a horse who shows an awful lot at home so sometimes it’s difficult to gauge exactly where he is.

“He had a nice blow going to the last at Kempton, which is fairly close to the line so we were there and thereabouts, but I think there is improvement to come.” 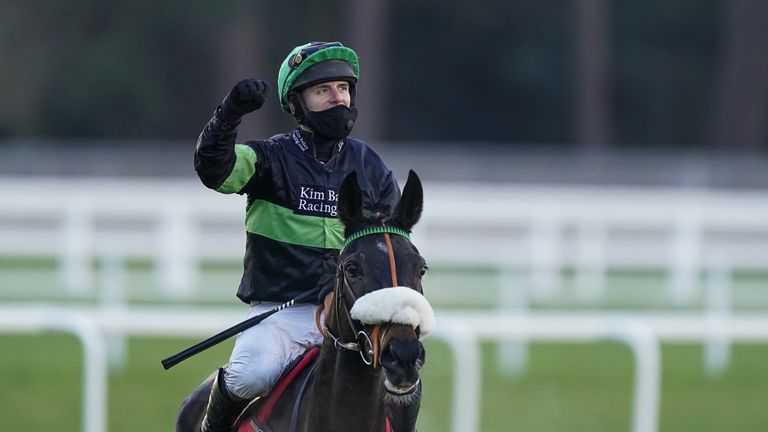 Asked how Shishkin is likely to find the track at Ascot, De Boinville said: “It should be fine. I think if Energumene comes, and First Flow being in there as well, tactically it should be pretty straightforward.

“Energumene is a very good horse and very talented.”

Step up expected for Dusart after Leicester win 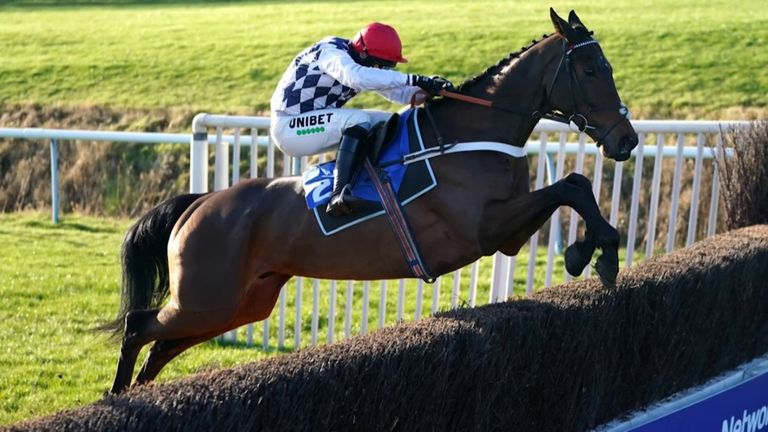 Shishkin’s stablemate Dusart made a winning start to life over fences at Leicester on Wednesday, beating Dan Skelton’s Sail Away over an extended two-miles-and-six-furlongs, despite some issues with jumping out to his left.

De Boinville feels there is plenty of improvement to come from the seven-year-old, who was making just his third start in an injury-disrupted career so far, and expects a step up in trip to suit.

“He showed his class in the last half race of the race,” De Boinville said. “That was only his third ever run so we have to remember that and with all the fences taken out down the back he had nothing to spark his interest.

“It was a case of getting the job done and trying to educate him as much as you can.”

On Dusart’s jumping, De Boinville added: “It wasn’t a problem. It was half a Flat race and the first fence just appeared and he didn’t really see it and after that was a bit wary.

“We were going so fast up the straight second time that you couldn’t really miss a beat.

“I think he’s going to be a three-mile horse, maybe three-mile-and-two [furlongs]. I didn’t pull him up until past the stands and we were only really getting going at the end.”