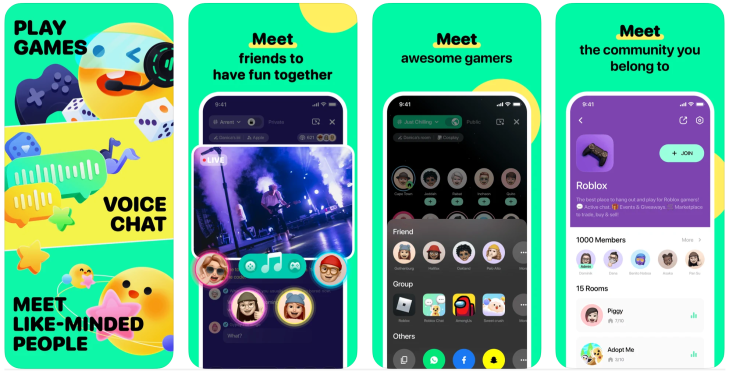 TikTok may be the most successful app that has emerged from China and is making impressive international inroads, but there is a host of smaller entertainment apps built in China that are also replicating their models overseas.

Tiya is one of them. Born out of Chinese podcasting platform Lizhi, it offers an audio-based, real-time networking experience. Sounds familiar? Yes, Tiya has been compared to Clubhouse. And thanks to the Clubhouse fad last year, Lizhi saw its stock skyrocket in spring 2021.

But the idea behind Tiya predates Clubhouse’s rise (and fall). The app launched in 2019 and attracts quite a different crowd, many of whom use it to chat while playing games together. Its parent Lizhi, founded in 2013, incorporated interactive features into audio content early on, allowing listeners to message and purchase virtual gifts for creators. The business model of selling virtual items quickly turned out to be a revenue driver.

Over the past three years, Tiya has steadily gained traction in the U.S., its debut market, and it’s now ready to double down on its international expansion. The app announced today that it has set up a 10,000-square-foot headquarters in Singapore, nestling alongside corporate giants like Yahoo and Goldman Sachs in the central business district.

With the office opening, the app will become available for download in Singapore as early as Q1 this year. Worldwide, Tiya has amassed nearly 20 million downloads, though it’s unclear how many are active users.

Setting up shop overseas is a natural move for Chinese tech firms with a growing international footprint. Take TikTok. As it took off around the world, the video sharing app began significantly ramping up its operational force outside China. It’s also storing user data in Singapore, it claims, as concerns over data security rise among Western regulators. China’s new data security law is also tightening how companies can move data abroad, so it may be in companies’ interest to isolate their domestic and overseas data.

Tiya’s Singapore head office will host departments for functions like big data, human resources, user research, administration and operation, a team that will support its “technology platform and product development plans,” the company said in an announcement. It’s aiming to have a “fully operational team” in the city-state by the end of 2022 and plans to “progressively launch its latest version of the app around the world.” As part of its hiring effort, it’s signed a partnership with the Nanyang Technological University to recruit graduates.

“We are confident that with the introduction of Tiya in Singapore and with our local team of world-class talents, we will be able to achieve greater success in the region,” says Marco Lai, chairman of Tiya and founder of Lizhi.