Dunne was handed an 18-month ban, three of which are suspended, having been found in breach on four charges of conduct prejudicial to racing.

Frost, who said she has been left “isolated” by the weighing room since the allegations were made, was winless from three rides at Doncaster on Friday, receiving a warm welcome from racegoers on Town Moor as she made her way to the paddock for her first mount, Amenon.

Frost did not want to add to her statement, released on Thursday, when approached for comment, but was happy to sign autographs and pose for photos.

Reflecting on the case, Wadham said: “I’ve probably said all I want to say on the matter, but I think she’s handled herself brilliantly through all this.

“She’ll be glad it’s all over and I just hope the other jockeys can bring themselves to speak to her again now.”

Trainer Neil King, who has also supported Frost with many rides, was at Cheltenham and he told Sky Sports Racing: “All credit to her with the success she’s been having on the racecourse, it’s probably one of her best seasons so far with the big-race winners she’s been riding as well.

“There’s enough pressure and tension that comes with riding big racehorses, as well as everything that’s going on in the background behind her, you can only take your hat off to her with the success she’s continued with.

“It was tough at the time of the problems going on and hearing it first hand from Bryony what was happening, you just felt powerless that nothing was being done about it. I, for one, think it’s a great shame. Trainer Neil King, a long-time supporter of Bryony Frost with rides, has criticised both the BHA and PJA for their handling of the Robbie Dunne case.

“This should have been sorted out a long time ago – for Bryony’s sake and for Robbie’s sake. Nobody’s a winner out of it at the end of the day.

“I will be critical of the BHA and the PJA. It’s all very well the PJA coming out now and criticising, but isn’t that what they are there for? Bryony is a member as well as Robbie Dunne, why were they not there to help and stop it from getting to this stage?

“Full marks to Bryony, all the way through it she has carried herself well and her riding on the track is proof of the pudding. She’s had some very hard times and one has to feel for her that she’s going to have some more hard times within the weighing room for being honest and standing up for herself.” The Professional Jockeys Association have said that they do not believe Robbie Dunne has been subjected to a remotely fair process in the wake of his 18-month ban for bullying and harassing Bryony Frost.

Venetia Williams, also at Cheltenham where she saddled a winner, has been a big supporter of Dunne in the past.

“It is what it is and we’ve all got to look and learn and move on,” she said.

“It’s obviously a sad period of time for everybody involved. I don’t want to be saying what’s right and wrong, it is what it is.”

On whether she’d contacted Dunne since the result, she added: “I’ve sent him a message, but I haven’t spoken to him since.” 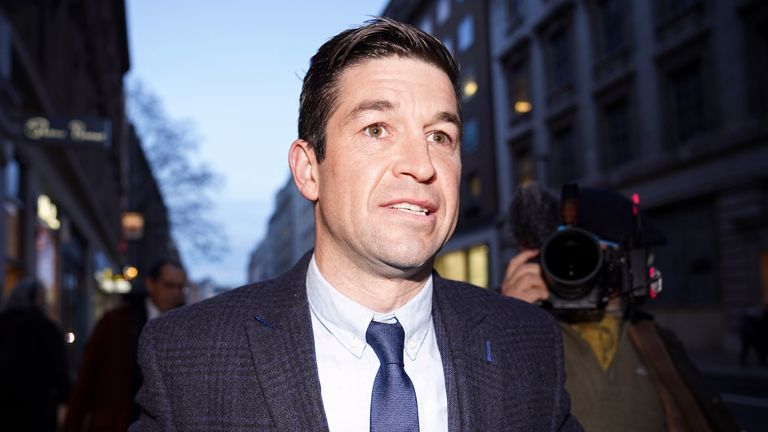 BHA Director of Integrity and Regulation Tim Naylor has said Robbie Dunne’s language towards Bryony Frost was deemed unacceptable in any workplace, including horse racing.

Trainer Lucinda Russell, partner of Peter Scudamore whose son, Tom, appeared as a witness for Dunne, said: “I think racing is a fantastic sport and everyone is very supportive of each other.

“As a woman in racing I’ve never heard any bias, bullying or people being rude about me.

“I think it is a very inclusive sport. I’m sorry things have happened, but I’ve certainly never seen anything.

“I suppose being up north we don’t really see her (Frost) very much. She’s a very good jockey.

“I think the jockeys are a very close-knit team. We’re talking about a sport here.”

Peter Scudamore added: “It’s very sad. Nobody comes out with any credit from this.”