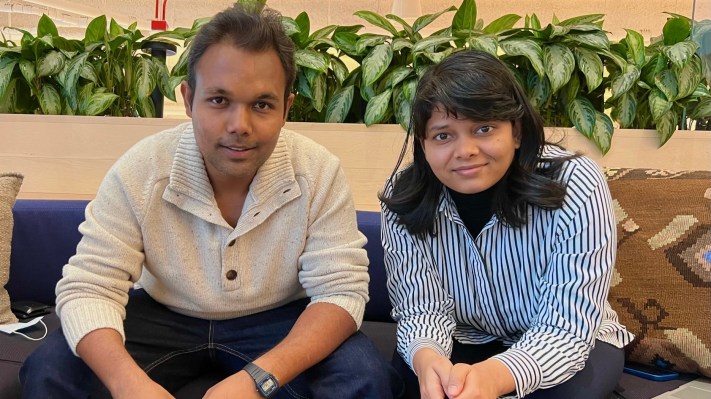 Mohit Prateek and Rashmi Bala started the company last September and officially launched in March to help e-commerce stores and brands increase their revenue using pricing, products and trends data from other companies. While the company’s moniker is indeed the name of a “Star Wars” character, CEO Prateek said they chose it more for name recognition than a passion for the movies.

Prior to starting the company, the co-founders were already working at the intersection of artificial intelligence and e-commerce at companies like Flipkart and Truefit.

Prateek, in particular, just happened to be trying to solve the pricing problem at Flipkart with a large team optimizing SKUs across geographies and channels. He later left to build other startups, but continued to get inquiries from e-commerce companies for help with pricing. It was when the amount of calls increased that he asked Bala, with whom he was already working, if she wanted to build a business.

“We had customers even before we started building the company,” Prateek told TechCrunch. “We didn’t have a product to sell them, though, it was just me advising them on how to set it up.”

Here’s how the technology works: Company A prices an item, for example a tomato, and everyone else has to price their tomatoes similarly to entice buyers to buy it from them instead of Company A.

Rather than try to guess what the best price will be, Anakin automates the management and pricing of millions of SKUs from competitors using data like inventory to provide those insights in real time so that retailers can increase their revenue, on average, by up to 12%.

Anakin started in the grocery space and has now expanded into food delivery, ridesharing and travel. Though he was not able to disclose customers, Prateek did say the company is working with some of the largest companies in those spaces.

In fact, prior to securing the seed round, the company was already profitable. It didn’t need to raise the round, but Anakin was running lean with just the two of them and wanted to grow fast in multiple sectors and geographies, he added.

The company, with a presence in San Francisco, Singapore and India, secured the new capital from Y Combinator, HOF Capital, Austen Allred, ACE & Company, Integrity, Pioneer Fund and a group of angel investors.

So far, Anakin is growing its revenue 24% every month and is live in more than 10 countries, Prateek said. The funding will be used to hire additional employees to have more boots on the ground in other countries. The company will also invest in product development, expanding into other categories and creating a self-service tool.

“We started in the middle of COVID, and we were scared that it would shut us down, but even mom-and-pop stores are online and competing with Amazon,” he added.