Mali’s victory over Tunisia will stand at the Africa Cup of Nations despite the referee causing chaos by twice blowing the final whistle too early.

Sikazwe initially blew for the end of the game with 85 minutes on the clock, his timekeeping obviously letting him down. But after correcting himself he still ended the match in the 90th minute, despite a number of stoppages in the second half, including two VAR checks.

Tunisia were furious and officials stormed the pitch in protest, but the man of the match trophy was handed out and the post-match news conferences in full swing before Confederation of African Football (CAF) officials decided the remaining minutes should be played.

Mali came out onto the pitch to play 40 minutes after the controversy began, but Tunisia refused to play on and Sikazwe ended the game for a third time.

Tunisia lodged an official protest over Sikazwe’s actions with CAF but after examining their appeal and all of the match officials report, CAF said in a statement: “The organising committee has decided to dismiss the protest lodged by the Tunisian team. To homologate the match result as 1-0 in favour of Mali.” 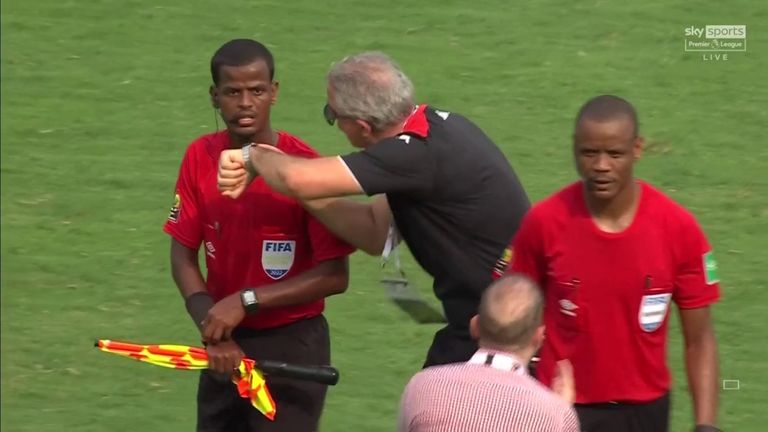 Timeline: How the late chaos unfolded 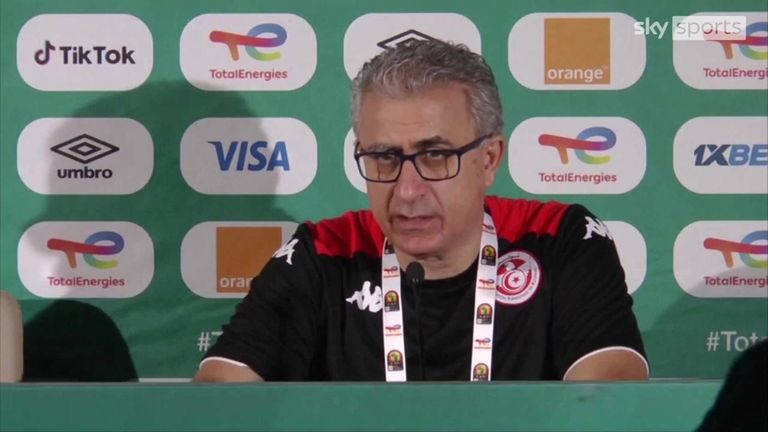 With all 24 nations having played at least one game at this year’s Africa Cup of Nations, we take a look back at the best performers and who has had a week to forget with African football journalist Usher Komugisha.

He discusses the form of Cameroon striker Vincent Aboubakar, the struggles of Egypt and Mohamed Salah, and the fallout to that chaotic end to Tunisia’s defeat to Mali.

Twenty-four teams will take part, culminating in the final on February 6 in the capital.